It’s that time of year already, in which I am compelled to pull up aged shots of the backyard garden. Does it appear previously than typical?

A component of me relishes the slowing down and tranquil of the wintertime months. There’s far more time for writing and producing art. I deal with far much less through the developing period, primarily now with energy confined and obtaining to make a option most days among just one or the other and occasionally neither. 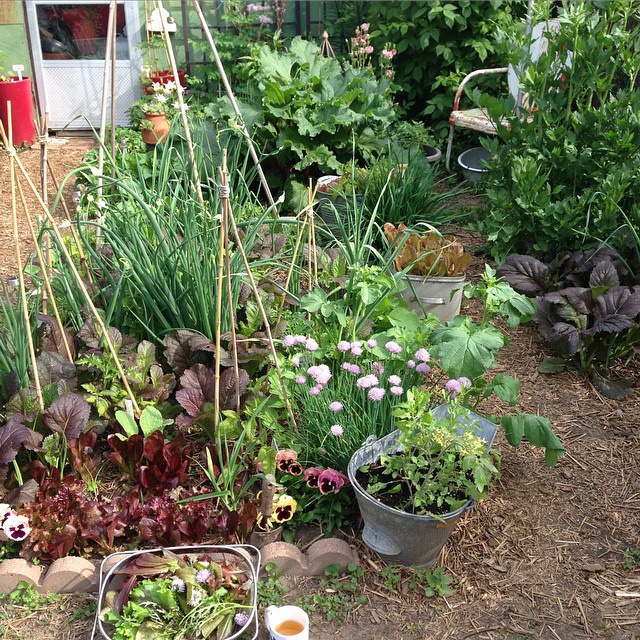 It is so much quieter now in my city yard, which is usually comprehensive-on during the “gentler” seasons with tension-barking puppies, and worry-barking individuals, and machines (a neighbour has an outdoor noticed and a day doesn’t go by when he is not sawing for hrs at a time). The tranquil is nice — a certain indicator that I am receiving older, or potentially just additional self-knowledgeable, and when I go into the yard it is just me, my pet, the occasional fowl, and some road noise that I just about do not listen to any longer getting lived off of big city streets my entire adult lifetime.

But through the winter I miss the homegrown food stuff and the guarantee of food stuff to come. I skip environmentally friendly beings emerging from the soil and the smells. My god, a city winter is generally scentless. There’s a purpose why they do not make soiled snow, earlier frozen canine poop, and idling car or truck exhaust into scented candles. I start to overlook about earthy smells, and then when I keep in mind, the longing is so deep that it aches in my stomach — the branches and bits of environmentally friendly factors, and the hundreds of potted vegetation I deliver indoors just never look to lower it. By the conclude of wintertime what I will need is to be crouched down about the earth pressing minor seeds into awesome, moist soil.

It is only December. My worst thirty day period of the year. Months to go however to spring. How will we survive these months in the darkish? I don’t know. I experience that aged anxiety, but it is someway different now. Probably I’m not so fearful now to sit in the dark. I know I’m not by itself there. And probably I’m not worrying so substantially for the reason that I have been created to sit there for so extended and have grow to be a lot more accustomed to it, extra trusting that I’ll be ok. Possibly I have acquired of its depths and my strengths, and so wintertime doesn’t seem to be as very long or as difficult as it as soon as did.

Maybe some outdated panic or attachment to particular seasons has shifted a tiny and I just really don't have all the text to put to it however.

I just know that it will be all right right here for now, albeit awkward, and that soon enough I’ll be in that common place once more, crouched about the soil, pressing minimal seeds into the cool, moist earth. Me, the yard, my minor canine, the anxiety barking canines, the barking humans, that neighbour and his in no way not sawing saw… All of it/us. 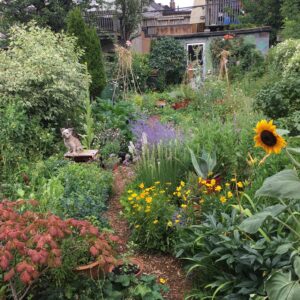